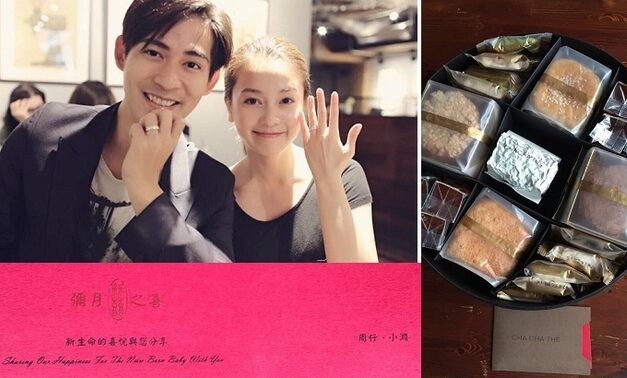 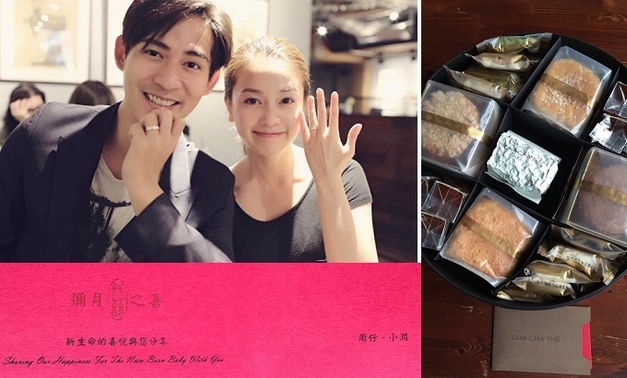 The couple suddenly announced their marriage last November and there were speculations then that Reen might be pregnant.

According to Taiwanese media, Reen gave birth on August 2 last month. Although the couple confirmed the baby news, they did not wish to reveal much details about their girl.

On September 5, Vic and Reen distributed the baby’s first month cakes to their relatives and friends. There was also a card in the cake box which read, “Sharing our happiness for the New Born Baby with You.”

Although Vic is busy filming a drama in China, he took break from the filming to take care of his wife during her confinement.

Last week, Ken Chu held his wedding in Bali. Jerry Yan and Vanness Wu attended the wedding. However, as it was Vic’s baby’s first month, he was not able to attend the reception. 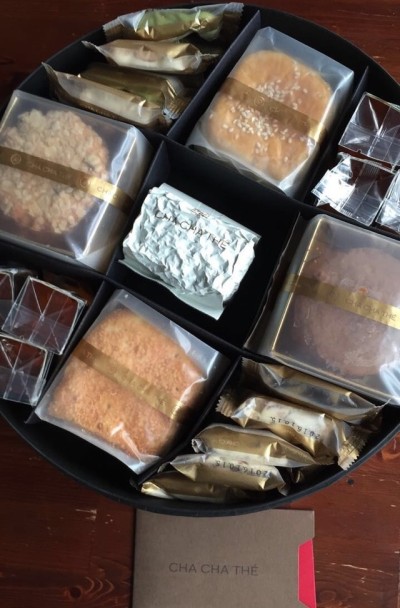