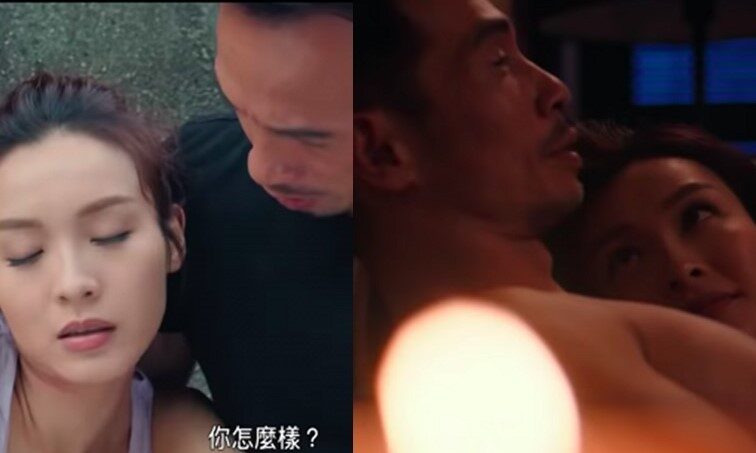 TVB new drama ‘Death By Zero’ <殺手> has been receiving positive reviews by viewers and the drama is seeing increasing ratings too.

The relationship of Moses Chan and Ali Lee has also become the attention of the drama.

In the 14th episode, Cash (Ali Lee) assists Zero (Moses Chan) in his assassin mission. She almost lost her life. Luckily, Zero came to her rescue, and kills the guy.

Cash went unconscious and Zero carried her to escape the scene. Suddenly, the next scene shows the two of them lying on a bed topless, which means they have progressed into lovers.

Many viewers are baffled by their rocket speed relationship. One netizen said, “Their development is so super fast. They have not even dated!”

Another said, “I am so shocked by them. It’s too fast. Rocket speed relationship.”