A-Mei and Jolin Tsai collaborate for the first time 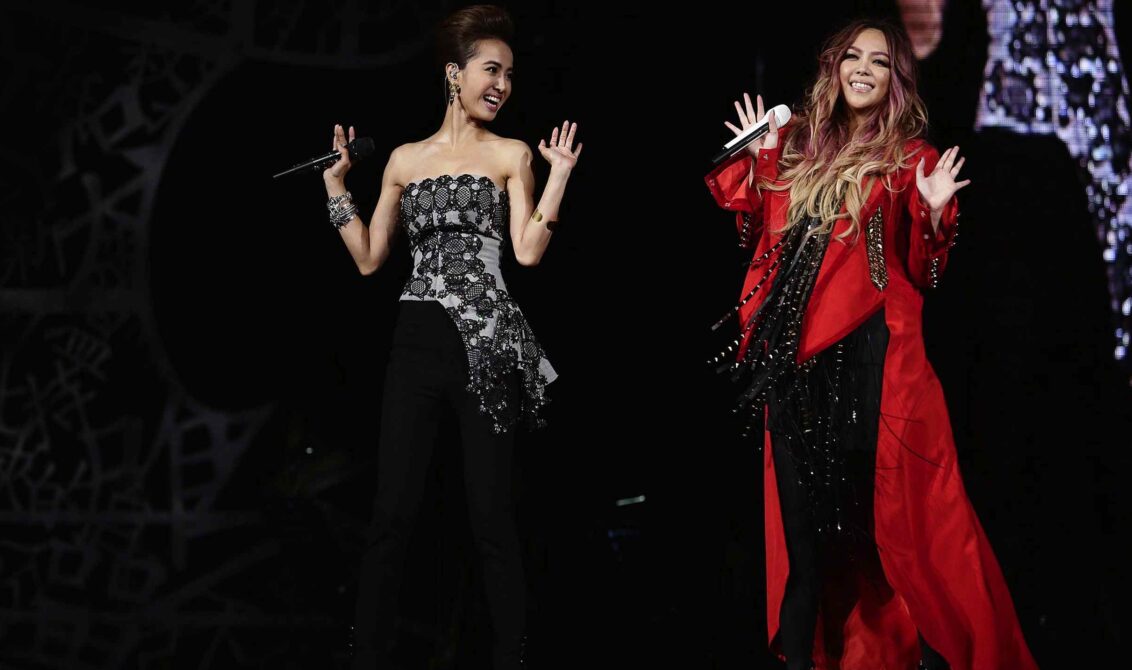 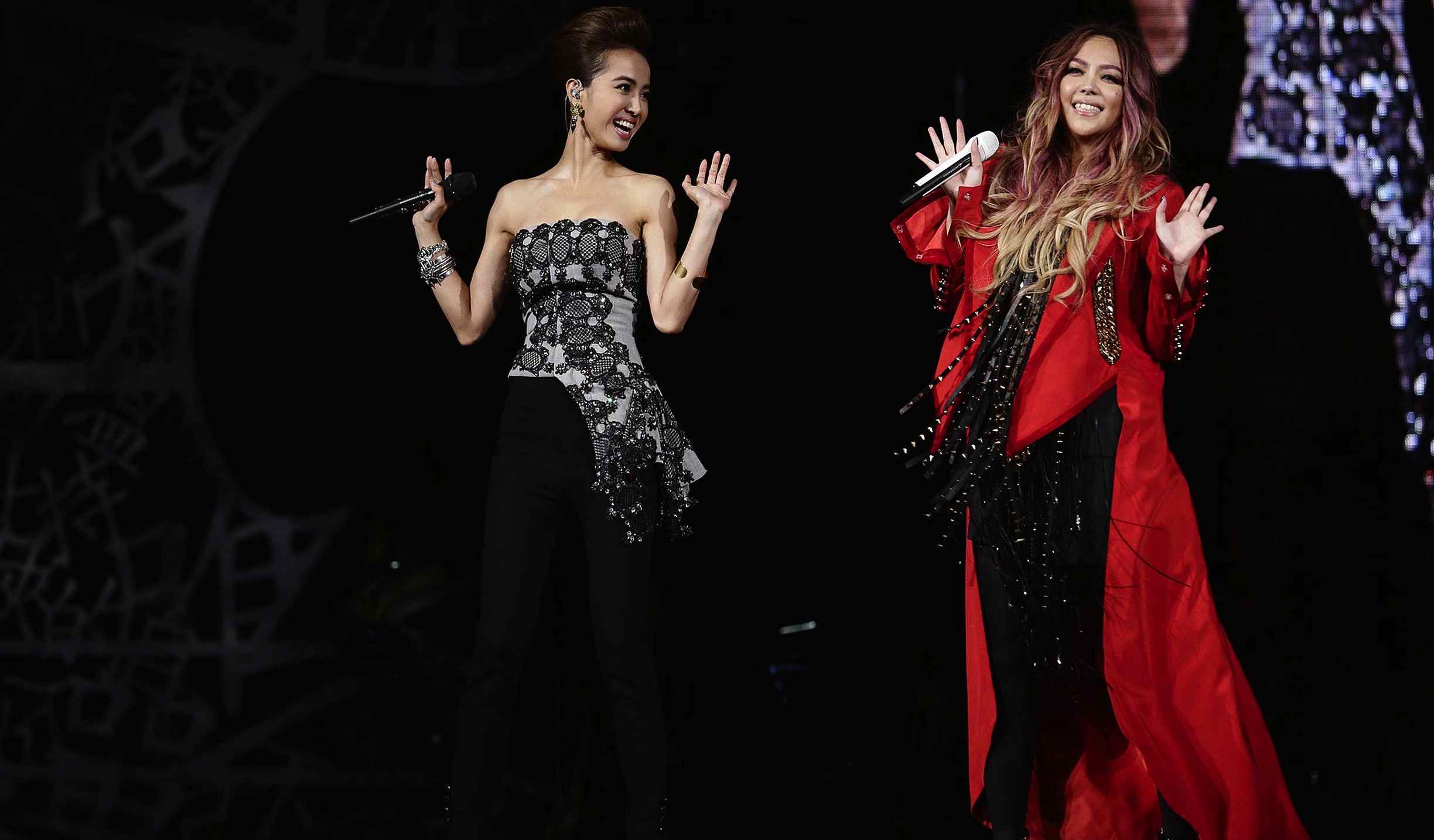 A-Mei’s is holding a series of 10 shows for her Utopia World Tour at the Taipei Arena. Yesterday, A-Mei invited Jolin Tsai as her special guest performer. This is also the first time which the two divas collaborated on the stage.

A-Mei first sang Jolin’s popular hit, I know you are very sad <我知道你很難過>. When Jolin was raised to the stage during the song, the audience went wild. The duo then performed A-Mei’s hit song, So you do not want anything at all <原來你什麼都不要>.

Jolin shared excitedly on stage that she was very happy performing with A-Mei. She also said that she hoped they could sing a fast track in future. The audience cheered and shouted, “Now!”

In order not to disappoint the fans, Jolin initiated to sing a segment of A-Mei’s popular fast track, Bad Boy. Jolin also demonstrated a kick during the song, and said to A-Mei, “You kick like this in your MV!” 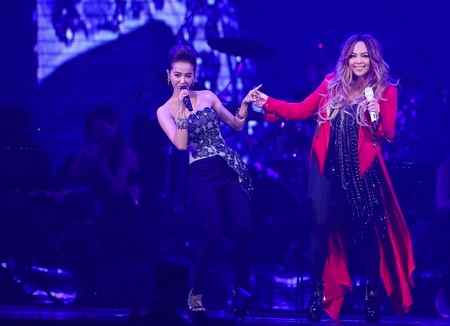