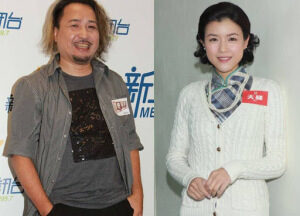 Besides the TV King and TV Queen title, another highlight of the 2012 TVB Anniversary Awards will be the Best Supporting Actor and Actress category.

For the Best Supporting Actress category, Aimee Chan (陳茵媺) has the highest chance as she played a tragic character in “The Last Steep Ascent” . Her breakthrough performance coupled with “Mrs Moses Chan” status has elevated her popularity.

Her strongest contender is said to be Nancy Wu (拳王), who played a mute boxer in “Gloves Come Off”. Another revealed nominated actress is Elena Kong (江美儀), who played the third wife to Damien Lau (劉松仁) in “Silver Spoon, Sterling Shackles” .

For now, Koo Ming Wah’s (古明華) role as “So Gei” in the popular drama, “Divas in Distress”  has received the most attention. Ming Wah’s performance as the feminine character has won over 70,000 netizens to root for him for the Best Supporting Actor award.

Besides Ming Wah, the other three nominations are said to be Cheung Kwok Keung (張國強) and Pierre Ngo (敖嘉年) from “King Maker” , and Ben Wong from “Highs and Lows”.