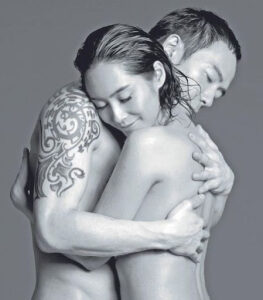 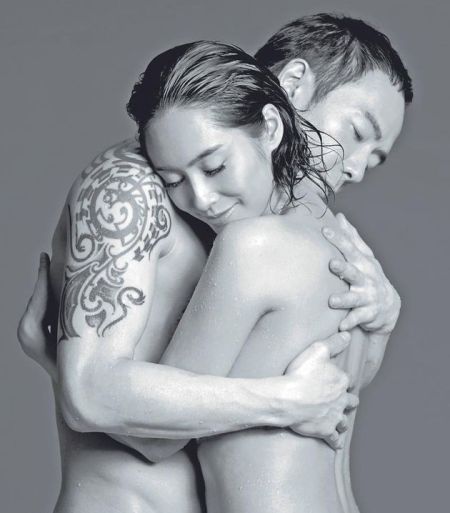 Athena Chu (朱茵) and Paul Wong (黄贯中) have become proud parents to their baby girl! On 23 October evening, Paul excitedly announced the happy news and posted a photo of his baby girl on Weibo.

In his Weibo, Paul wrote, “Everyone, the pretty and freshly baked char siu bao is here. She is saying to friends who have showed concern to her: I, daddy and mummy have already reached home. I wish everyone a happy Chongqang festival.”

In fact, Paul could not contain his happiness and gave clues about the baby arrival in the morning. At 7 am on the same day, Paul wrote in his Weibo, “She (Athena) scolded me out of nothing, asked me why I switched off the television and woke her up. She also asked why I switched off the lights to scare her. I have nothing to reply her, but I don’t blame her because she is carrying my child.”

Paul further added, “Now, she has become plural so I am willing to accept all these new logic. If you become plural, everything is logical! (I have already started to miss ‘you guys’).”

Athena and Paul started dating in 1999 and they were brought together due to their love for dogs. During their 13-year relationship, the couple had numerous breakup and marriage rumours. It was only until April this year that the couple announced Athena’s pregnancy and filed for a notice of intended marriage on 24 August.