Taiwanese pop diva, Jolin Tsai was blasted for her aunt for being heartless to disown her family. Her aunt, who is currently in United States is even considering to sue Jolin for defamation and said, “Apologise publicly to us. Admit your mistakes to make up for our humiliation and pain!”

The family drama started when an army boy was rolling on a ground at a subway station and weeped, “I do not want to return to the platoon!”

To change the public’s impression of his son, the army boy’s father stepped in and said that he was “Jolin Tsai’s cousin”. However, Jolin’s manager subsequently said that he was only a fan and this infuriated Jolin’s aunt who accused her family for not having any family morals.

Jolin’s aunt further disclosed that Jolin’s sister had stayed at her house while she was studying in United States. When her son returned to Taiwan, Jolin’s sister even went to pick up her cousin. She said, “You don’t just pay off somebody’s kindness by doing them a favour once.”

Facing the accusations from the aunt, Jolin’s manager replied, “It’s difficult for us to comment but I really feel sorry for Jolin. She has not spoken a single word and yet is dragged into this. I am speechless.” 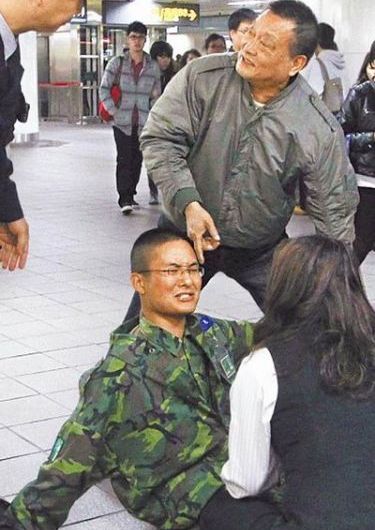