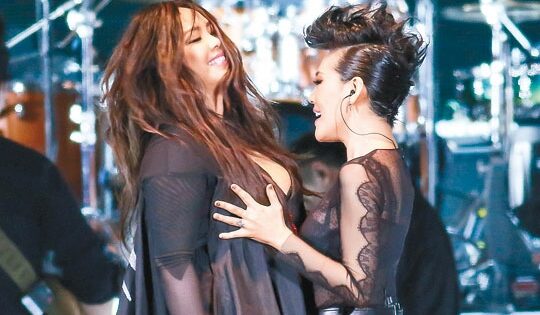 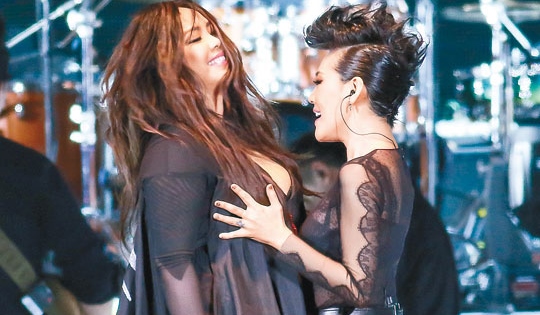 A-Mei, Sandy Lam, Na Ying and Tanya Chua held a charity concert, Project WAO  at the Taipei Arena on Sunday night. The concert was to raise funds to help young girls who have suffered from abuse.

The highlight of the concert was when Dee who poked fun of A-Mei’s revealed cleavage. Dee, who is known for her humour and candidness, said, “I never thought that the female singers have put in so much efforts in their dressing. I initially thought that there was nothing to see for A-Mei, but what is it on her chest? I feel like finding a pair of scissors to cut my shirt now!”

Dee, who pretended to sob, humourously replied, “Yes, I seldom leave my house now. When I heard the invitation, I agreed right away as I have been very free lately. One day, I picked up my daughter from school and asked her what she wanted to eat. When she responded red beans bread, I felt like crying after hearing the word bread.”

During the duet, Dee suddenly groped A-Mei on her chests and buried her head into her cleavage. A-Mei was so shocked and chided her, “Are you crazy?” 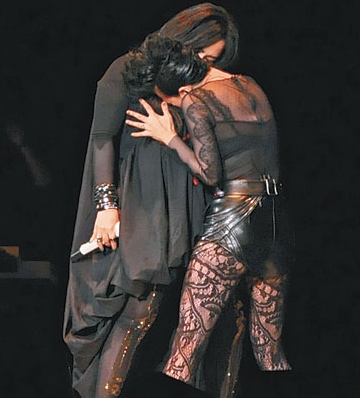