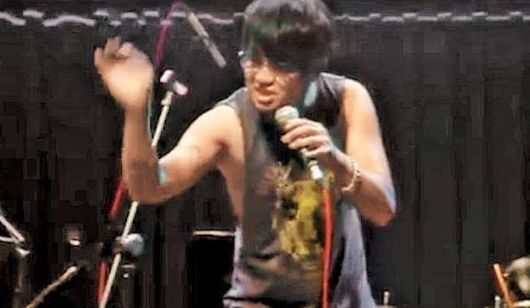 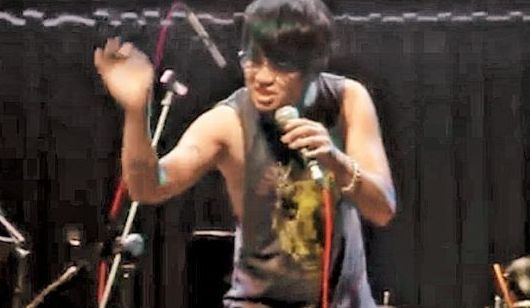 Gary Chaw has made headlines again for his drunken outburst!

The Malaysian singer-songwriter was obviously heavily intoxicated when he suddenly displayed bizarre and unruly behaviour at the concert of SENSATION band two days ago at Xi’an.

A tipsy Gary suddenly dragged a female stylist up the stage and hugged her in front of the audience. The 34-year-old then flashed his middle finger to the audience. What came next was even more shocking. Gary shouted “Bullshit” to the audience and when received no response from the crowd, he continued spouting more profanity.

“If you guys don’t like me, I’m just gonna walk off the stage. Just because I am telling the truth, And you think I’m Fxcked up? Then I will go off the truth,” ranted Gary.

Alien Huang subsequently stepped in to ease the awkward moment. Alien told the crowd, “He is a good friend. Recently, he has been too stress over raising his child.”

Alien also tried to play along with Gary and shouted, “Bullshit” but the latter still refused to get off the stage. It later took three men to drag Gary off the stage.

Gary continued to behave aggressively outside the concert and even swung his fist at a man. 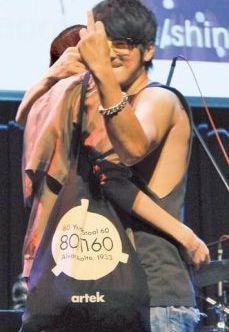 After his drunken video went viral, Gary was heavily slammed by netizens. Yesterday, Gary wrote on his Facebook and implied quitting from the entertainment industry. He wrote, “I’m out. No more playing. I’m out!”

Gary’s manager explained that Gary was stressed over the establishment of his new company and had a quarrel with his wife lately.

Responding on his hug with the female stylist, his manager said, “He is very familiar with his female stylist. Gary just wanted to show what a couple would be like. He and the woman had no particular relationship. They are just good friends. That was just a sexy dance and had no meaning. Pointing his middle finger was also a humourous expression.”

Meanwhile, Gary has expressed his apology through his manager and asked for time to calm down.

This is not the first time Gary made the headlines for his drunken state. In 2009, he was involved in a drunken brawl with his friend Justin Lo in 2009. 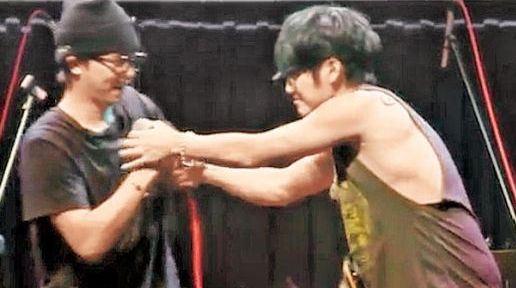