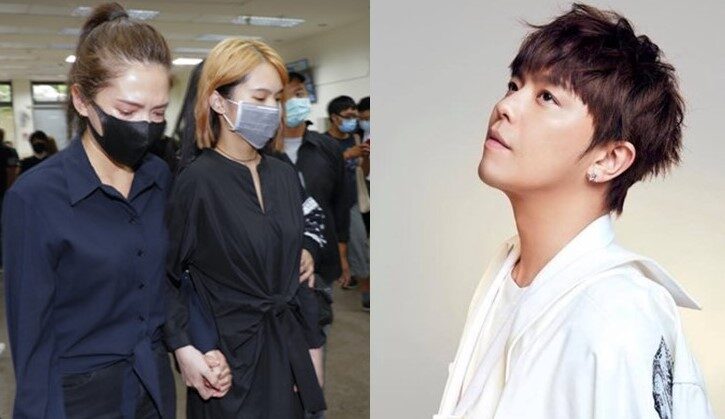 Taiwanese television host and singer, Alien Huang who died on 16 September at his home, was cremated today.

An autopsy concluded that the 36-year-old died of aortic dissection, which triggered a blood vessel blockage.

Alien’s friends and his family walked the last journey with Alien. At about 12.38 pm, the crowd followed the tradition and shouted emotionally, “The fire is here, run”, when the cremation started.

After the cremation ceremony, Rainie and Tiffany walked out hand-in-hand with solemn expressions.

Qun Qun was seen hugging a friend and cried. Alien’s sister held onto her grieving father and walked out from the funeral parlour.

Many fans also paid their tribute to the late star. One wrote, “I miss him so much! Rest in peace, Alien.”