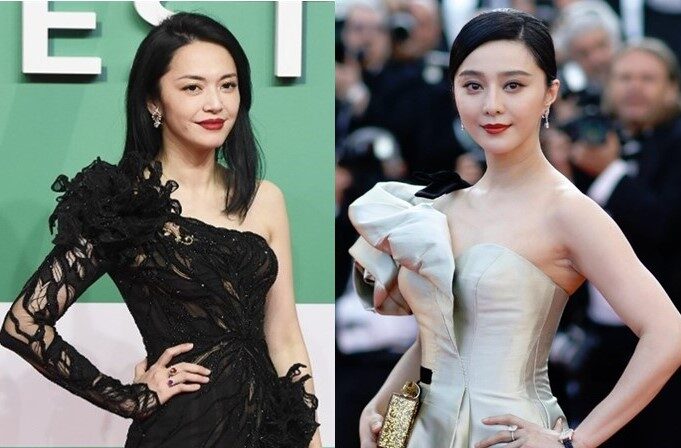 Fan Bingbing’s image and reputation suffered a dip after she was involved in a tax evasion scandal in 2018.

Last Saturday (Jul 25), Bingbing was seen alone at an airport. In the past, she used to have an entourage of bodyguards with her. Many fans spotted her and approached her for signature.

Coincidentally, Bingbing and Yao Chen also took the same flight. When Bingbing walked to the carpark, Yao Chen and her entourage also walked past. They did not interact at all, and treated each other transparent. At one point, their eyes met, but they did not greet each other at all.

Although Bingbing and Yao Chen have not collaborated, they were often seen chatting and laughing at public events. Their zero interaction at the airport caught many by surprise, and media started to speculate if they are no longer friends.