Fan Bingbing gets praise and blame for helping injured boy

Many fans have applauded Chinese actress, Fan Bingbing for helping an injured boy during an accident.

The Empress of China star was in Hangzhou to film a reality TV show, Challenger Union <挑戰者聯盟> outside a school. The filming attracted many onlookers, who surrounded the place, resulting in a traffic jam.

A 5-year-old boy and his aunt were travelling on an electric bike when they collided with another vehicle. The boy fell to the ground and his mouth bled.

After witnessing the accident, Bingbing immediately stopped the filming and carried the boy to the hospital. Bingbing stayed with the boy, comforted him at the hospital, paid for the medical fees, and informed the boy’s parents. She also talked to the doctors, making sure that the boy was alright before leaving the place.

Shortly after the news surfaced, the boy’s mother blasted Bingbing for filming outside the school. She said that it was because of all those fans that flocked to see the celebrities, that resulted in the accident.

After her statement was out, many netizens blasted the boy’s mother. A few hours later, she apologised and said, “I blame Bingbing without understanding the situation first. When I rushed to Hangzhou, it was 3 hours later. My earlier statement has caused negative influence on Bingbing, and I take responsibility. I thank the goddess for saving my son- Fan Bingbing.” 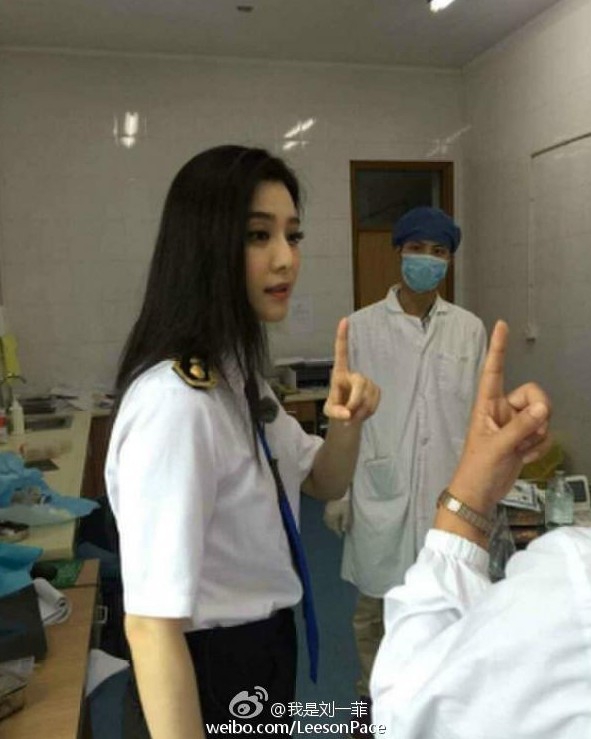