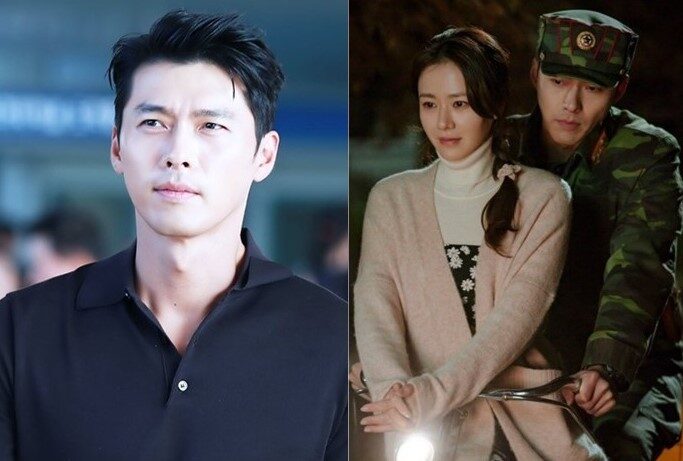 Due to CLOY (Crash Landing on You) sensation, the charming army captain Ri Jeong-hyeok played by Hyun Bin, has swept many women off their feet. Many fans are also curious about Hyun Bin’s past relationships and his ideal type of women.

The 38-year-old actor has admitted to three relationships previously. Let’s look at his ideal type through his past girlfriends.

Have to be understanding towards his job

In a past interview many years ago, Hyun Bin shared that it was not easy being an artiste. Being an artiste is always busy, so, his other half will need to be very understanding towards his job, and have to tolerate that her boyfriend is always not by her side.

Have a soft spot for actress

Perhaps due to this factor, Hyun Bin’s past girlfriends are all actresses. His first admitted girlfriend is Hwang Ji Hyun from the Korean pop girl group Gangkiz.

His second girlfriend, Song Hye Kyo, we do not need to say much about her. Her road to stardom is magnificent. His third admitted girlfriend is Kang So Ra, who is also an actress. Even his latest rumoured girlfriend, Son Ye Jin is also an outstanding actress. He was also romantically linked to Ha Ji Won, Kim Tae Hee and Sung Yu Ri.

Besides appearance, Hyun Bin’s ex-girlfriends and rumoured girlfriends all have artistic talent. Most of them studied film arts or drama performance in their university days. Although Kim Tae Hee studied fashion design, she topped the class in her days at Seoul National University.

A flair for languages

Looks like Hyun Bin is also attracted to women with a flair for languages. All his rumoured love interests have something common; that is they can speak more than one language.

Song Hye Kyo scores A for her flair for languages. Besides Korean and English, she can converse a little in Japanese, Chinese and even Cantonese.

Kang So Ra also has her fair share of chubbiness when she was young. She loved eating bread in her high school days, and would constantly be indulging in food. She once weighed 72 kg, and only slimmed down after she entered into the university.

Hyun Bin also revealed before that he preferred chubbier women than thin women.

Doesn’t mind that his other half is older

Height is not a factor?

Although in his younger days, Hyun Bin said that he preferred tall women. But when he was in his 30s, he also said that his ideal type would also change. Among his past girlfriends, Song Hye Kyo is the most petite, standing at only 1.55 m. Although Song Hye Kyo’s official height is reported at 1.61 m, but with a comparison of her standing next to many actors, she is suspected standing at 1.55 m.

He also shared in his younger days that he preferred someone who is kind, has pretty hands and has a jovial personality.