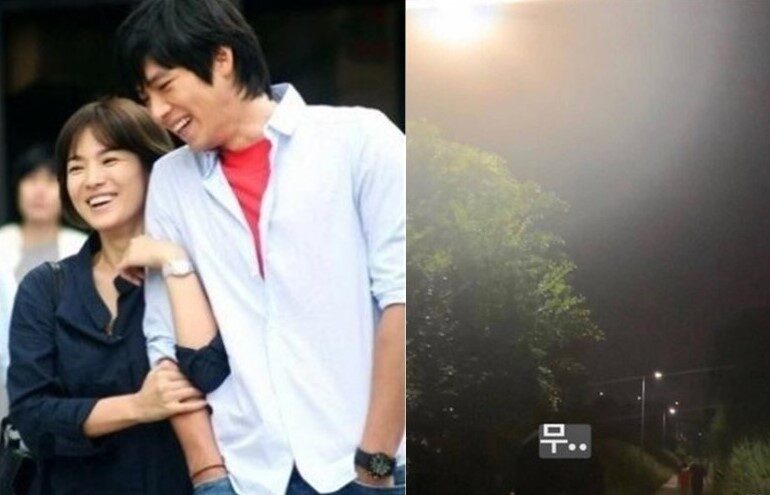 While Hyun Bin is romantically linked to Son Ye Jin after their explosive chemistry in ‘Crash Landing on You‘, there have been rumours about him reuniting with his ex-girlfriend, Song Hye Kyo.

There is also a blurry photo circulating on Instagram, which is suspected to be the back view of the couple. As Song Hye Kyo is petite, netizens think that in terms of height difference and body size, it fits the couple’s description.

Reports also claim that it was Hyun Bin’s stylist that posted the photo on the IG, but it was deleted shortly after.

There is no official media report on Hyun Bin and Song Hye Kyo’s reconciliation rumours in South Korea. However, when Song Joong Ki and Song Hye Kyo divorce, it was the Chinese press that reported it first.

Song Hye Kyo’s ex-boyfriends include A-list actors. She dated Lee Byung Hun in 2002; Hyun Bin in 2008 after ‘filming Worlds Within’ (他們的世界), and the couple only admitted to their relationship in 2009. She got married to Song Joong Ki in October 2017, but unfortunately, the couple separated in 2019.