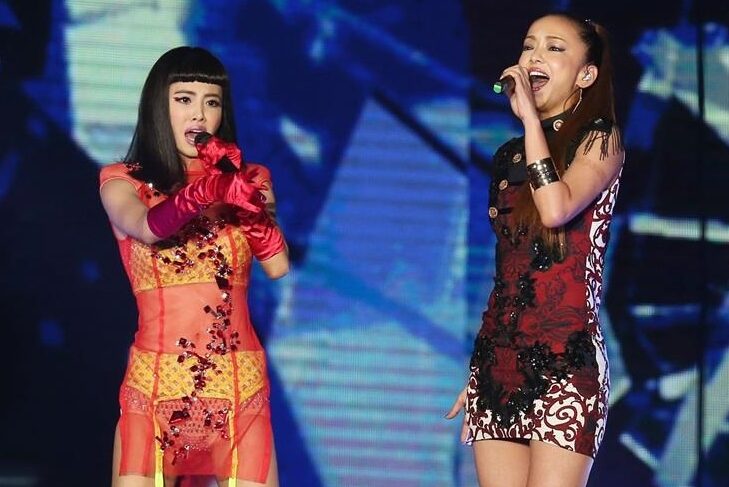 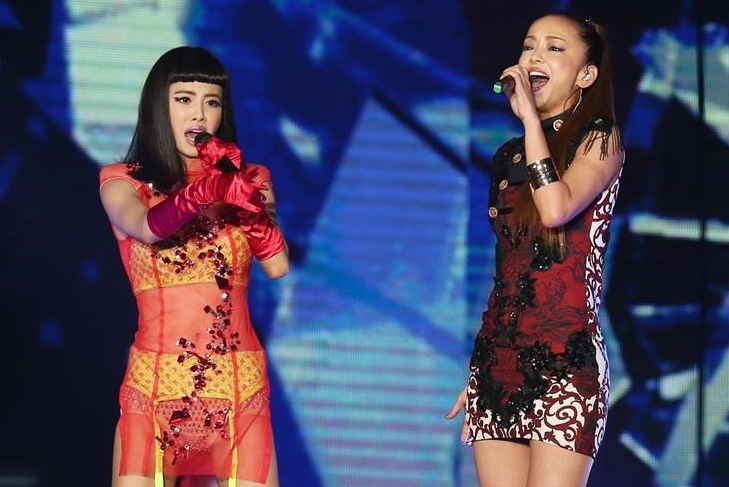 Namie was invited as a guest performer at Jolin’s concert, Play 2015. When the Queen of J-Pop appeared on stage, fans screamed and cheered for her.

Dressing up for the onstage extravaganza, Jolin and Namie were in their sexy cheongsams and was transformed into fox spirits, when they performed their duet, I’m not yours.

The Taipei Arena felt like it was tearing apart with the deafening cheers and applause from audience. 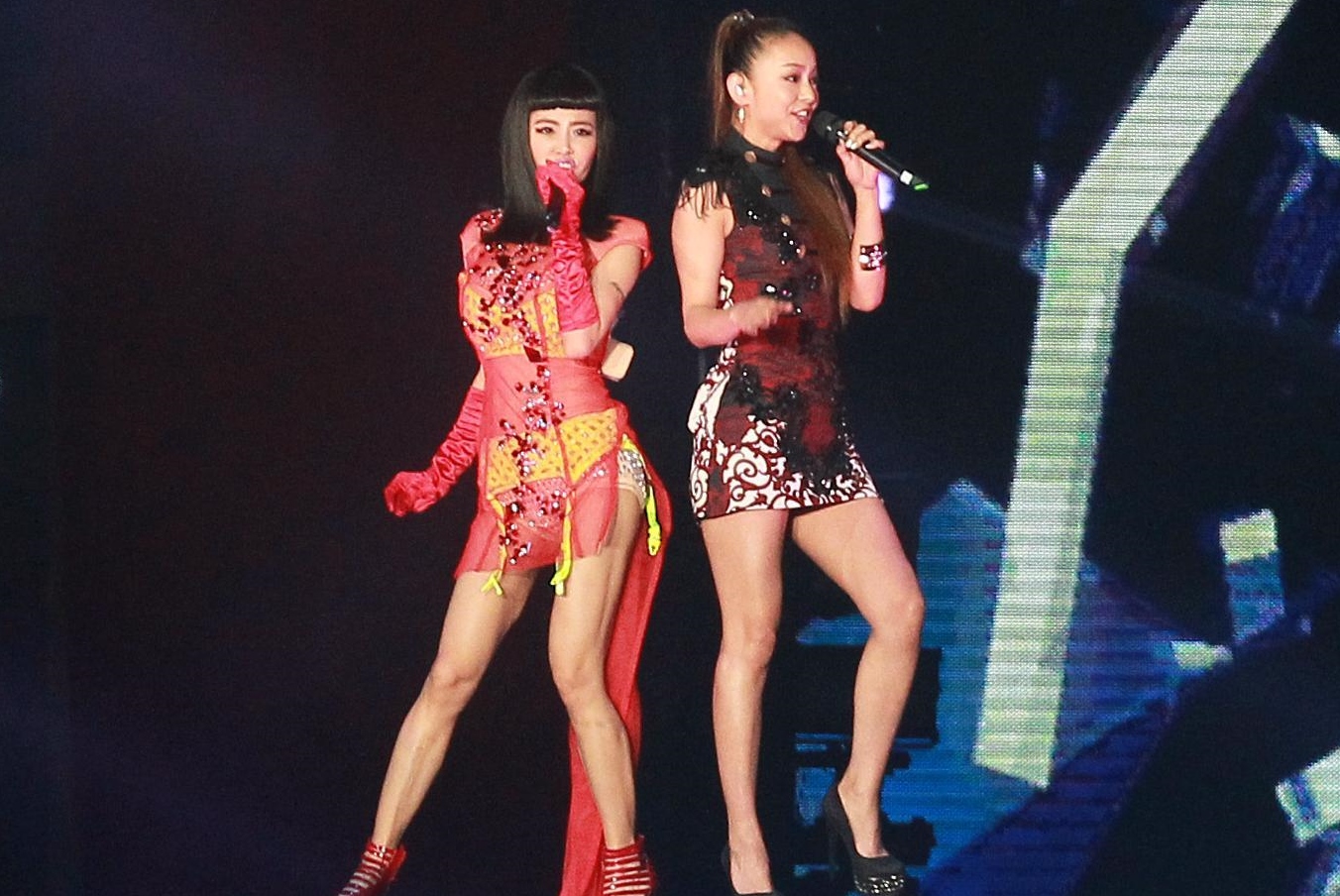 Namie and Jolin are long-time friends and have always wanted to collaborate. Namie said, “Jolin and I have known each other for a long time. During a meal, we were discussing about the possibility of a collaboration. Last year, we filmed a Music Video together. This time, I am very happy to be able to participate in her concert. I heard she will have many more shows to come, and as her good friend, I wish her success.”

Namie also revealed that she would be holding her world tour concerts starting from September. She is expected to hold her concerts in Taiwan early next year. 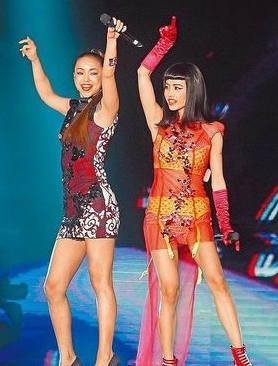 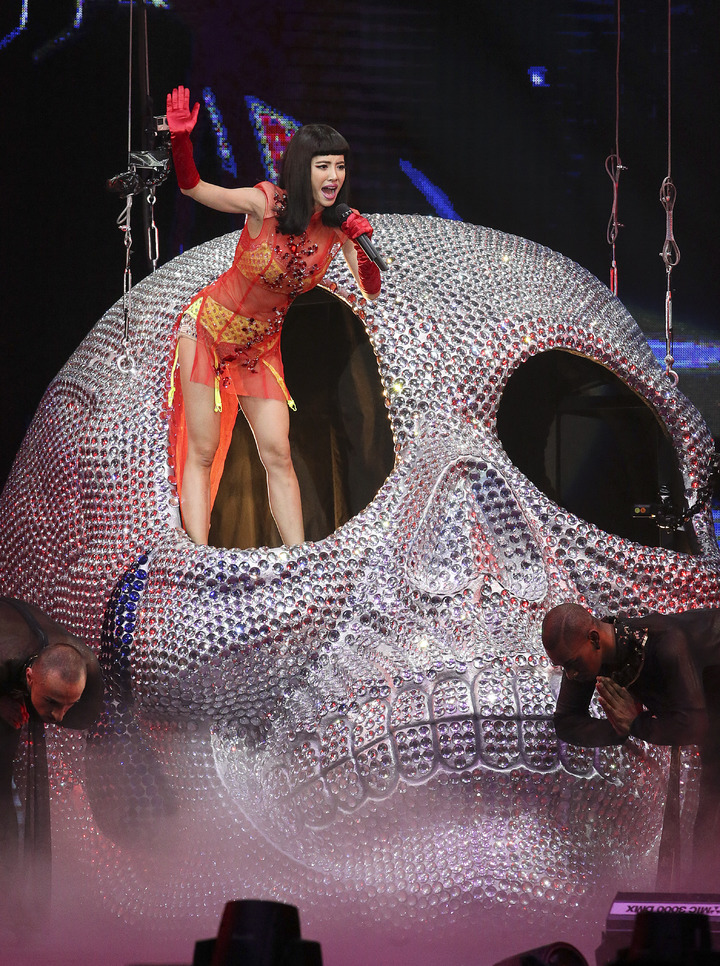