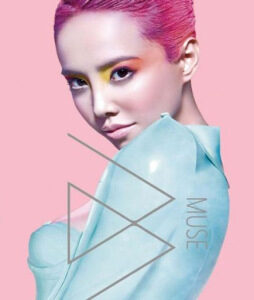 Fans: It’s time to cast your vote for your favourite artist at the 2012 MTV Europe Music Awards (EMA)!

Held on 11 November 2012 in Frankfurt, Germany, the international music event promises to get bigger and more exciting. This year, Taiwanese pop diva Jolin Tsai (蔡依林) and K-pop group Super Junior make it to the top five of the Best Asia Act in 2012 MTV EMA.

After lying low for two years, Jolin returned with a brand new album “MUSE”. Her title song “The Great Artist” infuses pop music and arts culture in the music video and was nominated in the Best Asia Act in 2012 MTV EMA.

Receiving news about her nomination, Jolin exclaimed, “I am very happy that the team’s efforts behind the music video are being recognised. I like the music video very much too.”

Jolin will also face strong contenders, South Korea boy band, Super Junior which has a strong fan base across the globe. Super Junior’s “Sorry, Sorry” became an instant hit and the single achieved international success in 2009.

Voting is now open for the 2012 MTV EMA and will close on 14 October. The winner of this category will compete in a Worldwide Act nomintion. So, start voting now for your favourite idol!

Cast your vote at http://asia.mtvema.com/vote.