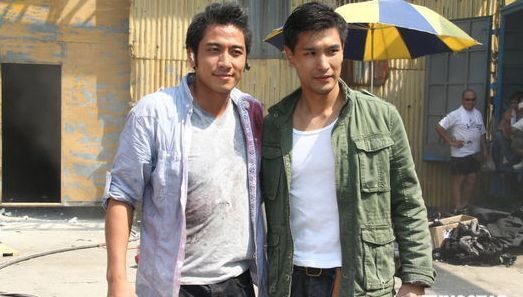 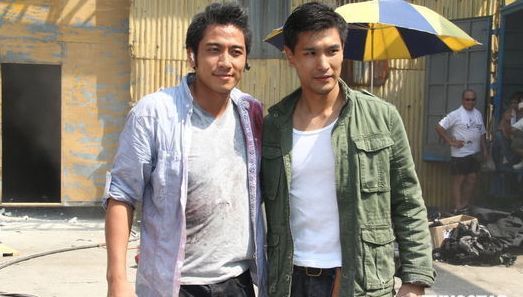 Starring Ron Ng and Ruco Chan, Ruse of Engagement <叛逃> is an action crime drama produced by TVB in 2011. The drama evolves the story of two brothers who are working as paramilitary officers in the Anti-Terrorist Force (ATF).

After two years, the drama never sees the daylight and it has been confirmed to be shelved aside. Responding on his drama being kept in the ‘warehouse’, Ron seemed to imply that Ruco was partly to be blamed.

He jokingly said, “I cannot do anything about it. It was rumoured before that he (Ruco) was heavily promoted by Catherine Tsang (TVB production executive) and I did not have any extra screentime in the drama. Therefore, it has nothing to do with me.”

During the filming in 2011, Ron was rumoured to be unhappy about Ruco as he was ‘downgraded’ to a second lead.

Asked for his comment, Ruco calmly responded, “He is just fond of joking!”

Appearing to take a dig at Ron’s comment about him stealing the limelight, Ruco said, “Please do not always talk about such topic. It’s so boring!”

However, Ruco did express his disappointment that Ruse of Engagement was being shelved aside.

“There are so many explosive scenes and this is my most confident drama after The Other Truth <真相>. I am worried that our faces will change after it is telecast.” 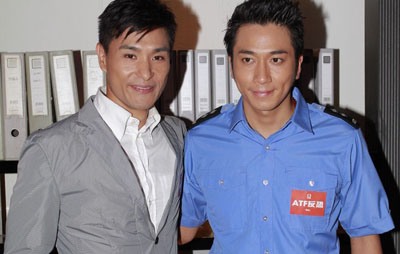 Ron also voiced his disappointment and said, “Ruse of Engagement is similar to Tiger Cubs <飛虎>. It has already been shelved aside once. I asked the company before that Ruse of Engagement is such a good show, why it is not aired? A TVB colleague told me that Ruco had too many dramas and could not be released all at once. So, it has to be re-schedule.”

“I really cannot do anything too. Anyway, it was rumoured that I had little screentime. (Ruco drags everyone down?) Haha! He just has too many dramas in the ‘warehouse’!”

Meanwhile, Ruco admitted that his two dramas, Reality Check <心路GPS> and Slow Boat Home <情越海岸線> had already been aired and later on, he will have another upcoming drama, Brother’s Keeper <巨輪> releasing soon.

However, the actor cautiously said, “I think the company is trying to figure out the viewers’ tastes. It will arrange something appropriately.”