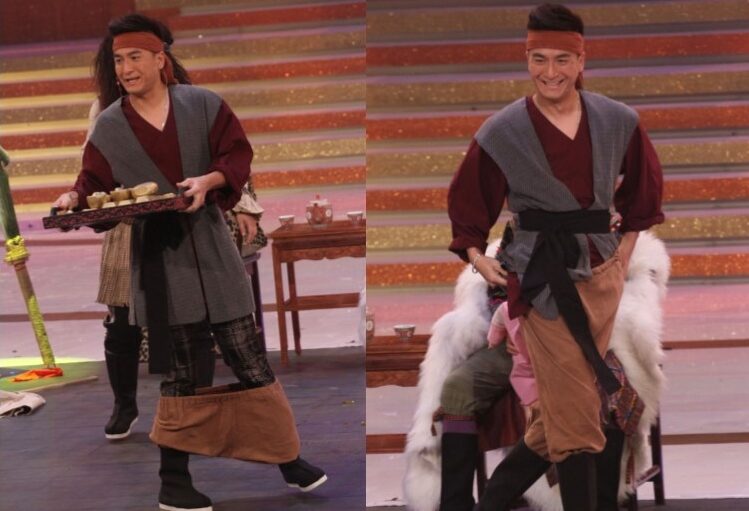 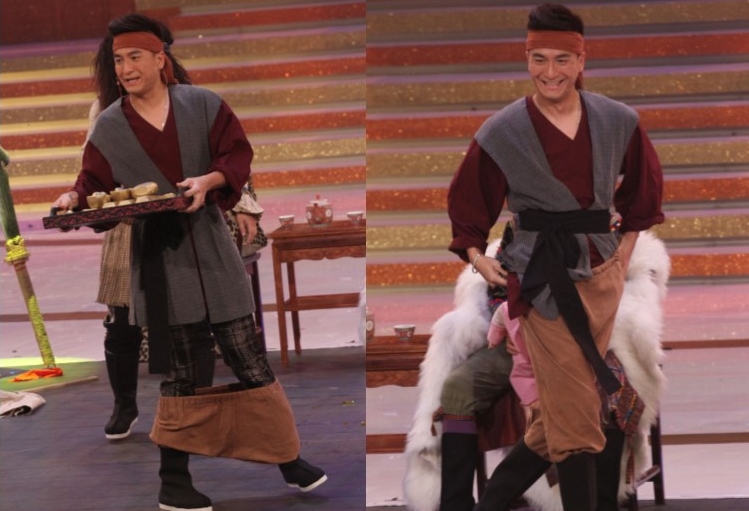 During a comedy skit, Kenneth Ma’s pants suddenly fell off when it was his turn to perform! He was shocked when he realised his pants had dropped off.

At a post-show interview, Kenneth denied that he dropped his pants intentionally to steal the show. “Of course it was not. I really did not know that it would drop off. The pants was quite loose. Luckily, I wore something inside, and did not reveal my underwear. I was so lucky! I won’t do such things to steal the show. I still had to stand in the middle of the stage. It was so embarrassing! I suspect it was Ruco Chan and Bosco Wong who pulled my pants before the show and became loose. They are the real culprits!” 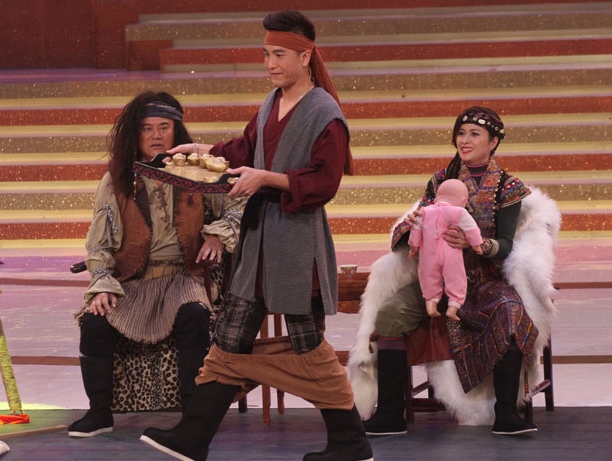 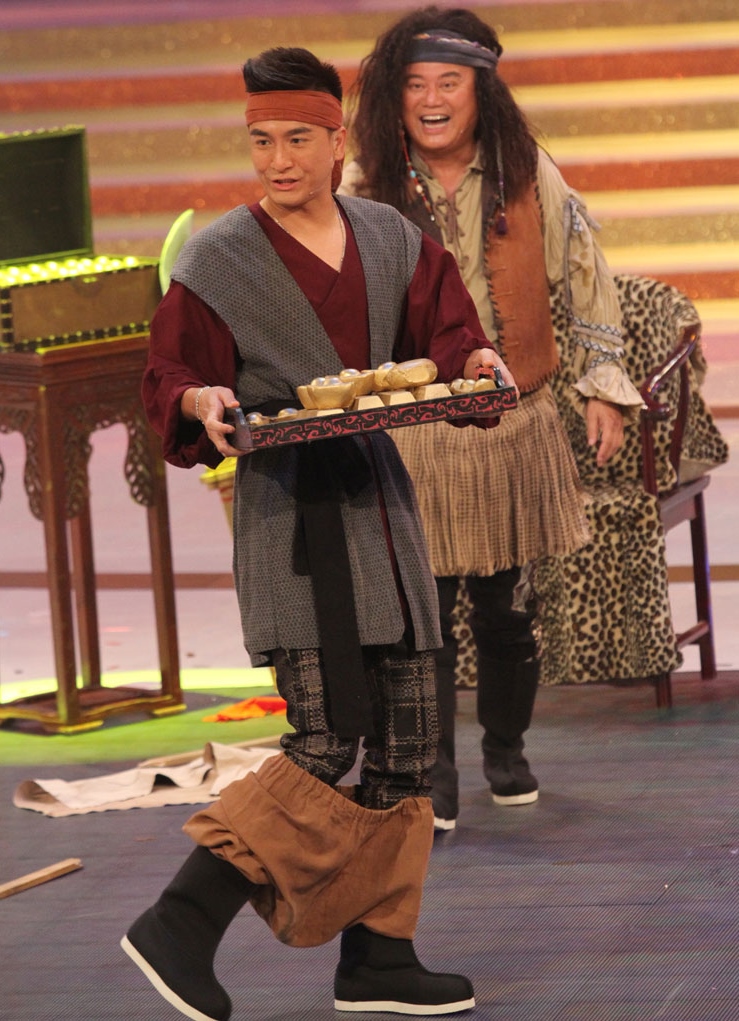 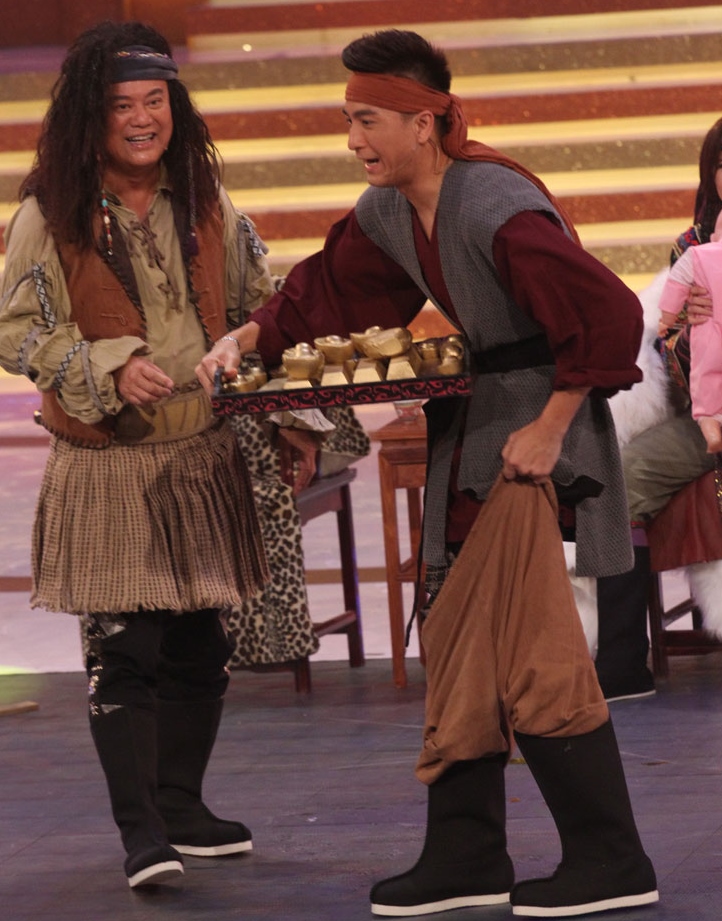 During the comedy skit, Eric Tsang also poked fun of the actors who acted in it. He first asked Anthony Wong and Wayne Lai to play mother and daughter. Anthony then said, “Sorry, daughter. I gave birth to you with a ugly look.”

Wayne then replied, “But I look like you… His [referring to Anthony Wong] acting is so bad. It’s so hard to act with him.”

Eric also teased the remaining actors. He said to Ruco Chan, “Your look without smile looks like a frying pan.”

To Kenneth, Eric said, “This is natural woody look!”

To Moses, Eric said, “You look so tired. What did you do every night?”

To Bosco, Eric seemed to make fun of his relationship with Myolie Wu, “Looking at you, you must have been dumped by a girl!” 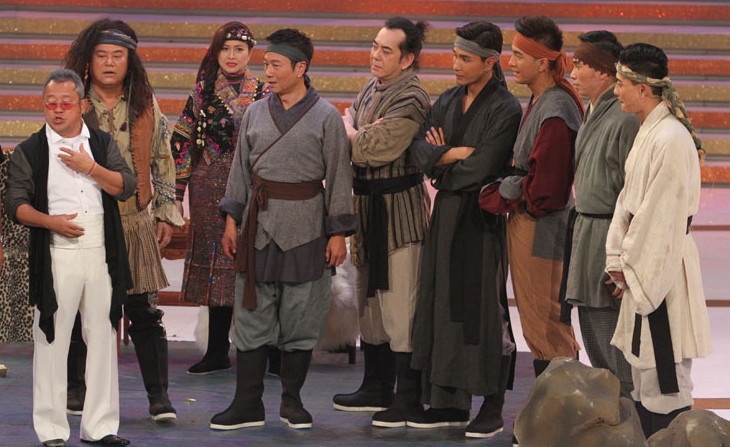 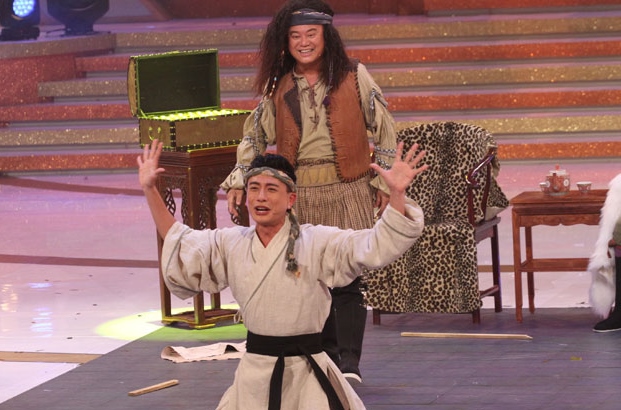