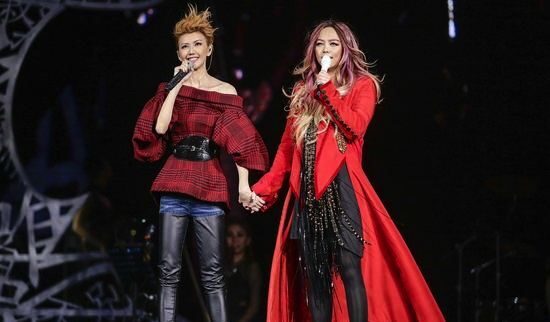 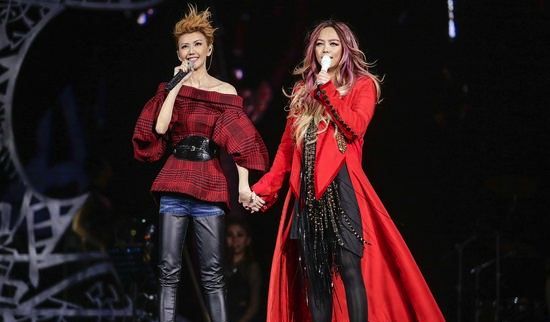 While A-Mei was singing her hit track, Brave <勇敢>, the audience went wild when Stefanie was raised up on stage. The duo then sang Stefanie’s song, I Miss <我懷念的> and the two good friends were so excited that they screamed and hugged on stage.

Stefanie revealed that when she had agreed to perform at A-Mei’s concert, she had actually forgotten that it was her husband, Nadim Van Der Ros’ birthday. Stefanie said, “Watching A-Mei’s concert is the best birthday present to him!”

Stefanie and A-Mei also led the audience to sing a happy birthday song to Nadim, who shyly smiled in return.

Stefanie and A-Mei have developed strong friendship for more than 10 years. Stefanie even revealed that her son had once poo on A-Mei. Even though Stefanie was down with a cough and cold, she insisted to support A-Mei’s concert. 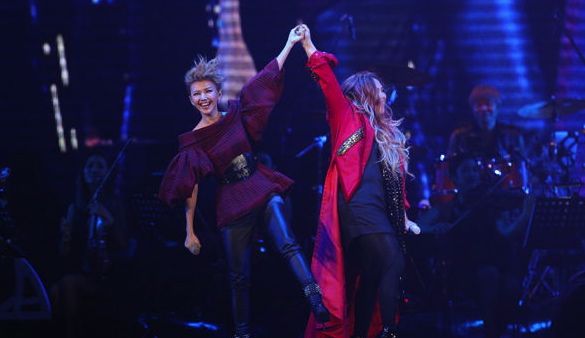 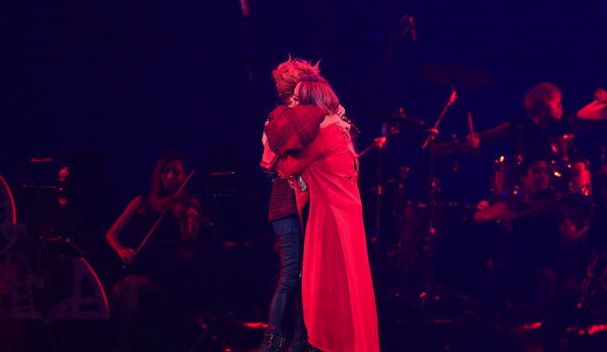