Who is Kenneth Ma’s true love? 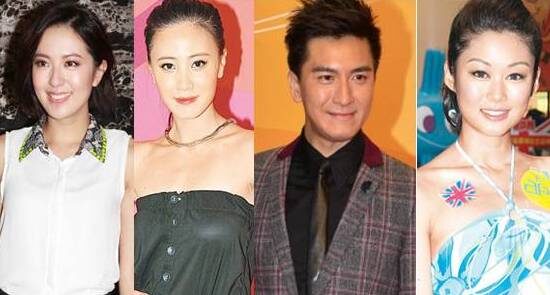 The 39-year-old diamond bachelor has a string of girlfriends, thanks to the tabloids. While working with Rebecca Zhu in Silver Spoon, Sterling Shackles <名媛望族>, Kenneth and Rebecca were rumoured to hook up together.

Recently, Kenneth was reported to be dating Natalie Tong for three months after he was photographed dining with her. His latest rumoured girlfriend is even more explosive. Yesterday, tabloids claimed that Kenneth and TVB new generation goddess, Eliza Sam were dating after they were spotted attending a barbecue party together.

Treats Natalie as a sister

Kenneth denied in a three-month relationship with Natalie and expressed that he only treated her as a younger sister. “She called me and asked: ‘We were dating for three months?’ This is so funny. It was already reported that we were having a meal with Jazz Lam”.

Asked if they would progress their friendship further, Kenneth said, “She has a nice personality. I am not sure how she is doing with Amigo Choi. We don’t usually ask about our love life.”

Will you pursue her if she regains her single status. “I don’t know. The requirements for a friend is different from a girlfriend”.

Responding on her rumours with Kenneth, Natalie said, “He is a nice guy and we have a good friendship. We will leave it to fate. Let us work together in more series first”. 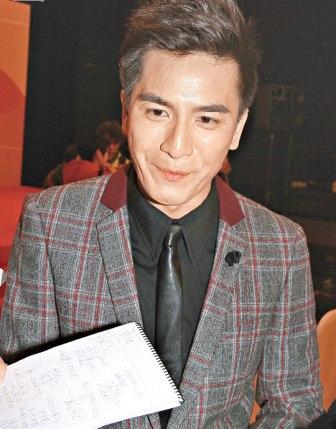 Leaks out barbecue party with Eliza

Kenneth revealed attending a barbecue party with Eliza when he was grilled on his dating rumours with Natalie. He said, “I was finding it strange that day when a reporter asked me how I thought about Eliza. Everyone is more interested about my love life than my mother. Actually, I know what that reporter is driving because I went with Eliza and some working crew to a director’s gathering”.

Asked what impression did he have on Eliza, Kenneth replied, “If you name me any girl, I will always say she is good!”

Responding about her rumours with Kenneth, Eliza laughed and said, “We did not go during the Valentine’s Day. We went over the new year season, and it was not just the two of us”.

Although Eliza denied romance with Kenneth, she had praises for him. “I think he is nice and a good man. I never thought of developing with him further. I heard that many women said that he was a hot commodity, but I just returned from overseas so I am not sure of his background”.

Rebecca reportedly sounded jealous during her respond on Kenneth and Eliza’s rumours. She said, “You have to ask them directly on their rumours. He (Kenneth) said before that he wished to have more rumours. Now that it is materialised, I have to congratulate him for succeeding”.

Asked if she was jealous, Rebecca replied, “Why will I get jealous? I don’t even have time for work!”

Rebecca also emphasised that she and Kenneth were only friends. “We have not met for a while, but I sent him a greeting message over the new year. He is filial and nice. I admire him and he is a diamond bachelor! I will leave our development to fate. I just wish to concentrate on my work now”.